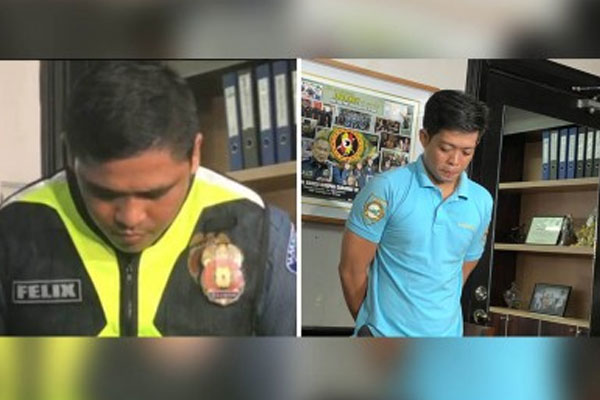 A police officer and a traffic enforcer were arrested for allegedly extorting money from a truck driver in Makati City Thursday morning.

Felix and Parcon were arrested in an entrapment operation along Palm Avenue, Makati City at around 10:45 a.m., after receiving marked money worth P600 from complainant Silverio Samson, a truck operator.

According to Samson, the suspects were demanding P100 daily for every truck that enters Dasmarinas Village.

Initial investigation disclosed that all the trucks have necessary permits to enter the village.

However, the suspects are still requiring them to pay PHP100 for every truck for more than a month already.

Caramat said appropriate criminal and administrative cases will be filed against Felix, who remains under the custody of IMEG.