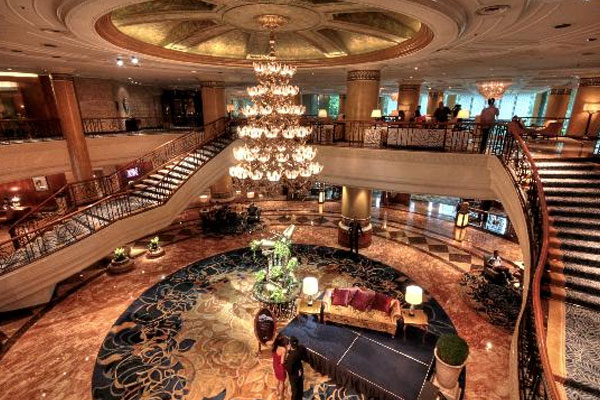 The Makati Shangri-La announced that it would close temporarily starting next month, aside from downsizing its workforce, due to continued low business levels caused by the pandemic, according to a report by Philippine News Agency.

In a statement, the Makati Shangri-La said after considering “all viable options,” it would reorganize its workforce and operations in the Philippines.

“As part of the reorganization exercise, we will sadly be parting ways with a number of colleagues and we will be temporarily closing Makati Shangri-La, Manila,” it said.

The hotel said at the start of the pandemic, they prioritized the preservation of as many jobs as possible through “multiple cost management initiatives”, such as salary reductions at the management level, implementing shorter work weeks, hiring freeze, and cuts in non-essential spending.

“At the same time, for the past 10 months, we have provided assistance for our rank and file to help them through these challenging times,” it added.

However, the prolonged timeline of restrictions on leisure businesses, such as hotels, has resulted in increasing financial pressure on the Makati-Shangri-La’s business in the Philippines.

To help ease the burden on personnel who would be downsized, it said they would receive a “fair compensation package that is higher than local statutory guidelines” and extending health care coverage and grocery support until December 31 this year.

“We are also providing colleagues with career transition assistance to help them get back on their feet,” the Makati Shangri-La said.

It said the hotel will reopen at a later date when business conditions improve, noting that it would “vigilantly monitor” local and global developments in the meantime.

In a statement, Tourism Secretary Bernadette Romulo-Puyat said she was saddened by the decision to close the hotel beginning February 1.

“The hotel has been a pillar in the tourism industry in the country and has contributed to positioning the country in the region and around the globe. Nevertheless, we are hopeful that Shangri-La Makati Hotel will soon reopen its doors to international and domestic clients,” Puyat said.

In the meantime, she said her department would continue to spearhead the acceleration of recovery of the country’s tourism industry and assist its tourism stakeholders “as it has done so in the previous months.”